Public Wi-Fi networks offering temporary internet access often begin new connections using a Captive Portal Mini-Browser (or “CPMB”). These CPMB utilities are built into operating systems in order to make it easier to connect to public Wi-Fi networks. The problem is that their behavior is nuanced, often undocumented and can be difficult to understand.

The goal for this project is to document captive portal behavior across the various client devices and to hopefully make it easier to build captive portal solutions that offer a better experience for users.

Organized by the WBA

This project is organized by the Wireless Broadband Alliance (WBA). The aim of the WBA, together with its 100+ members, is to secure an outstanding user experience through the global deployment of next generation Wireless. While the WBA organizes this project, anyone is encouraged to contribute. Please see the GitHub repository to learn how or contact the WBA to find out more. 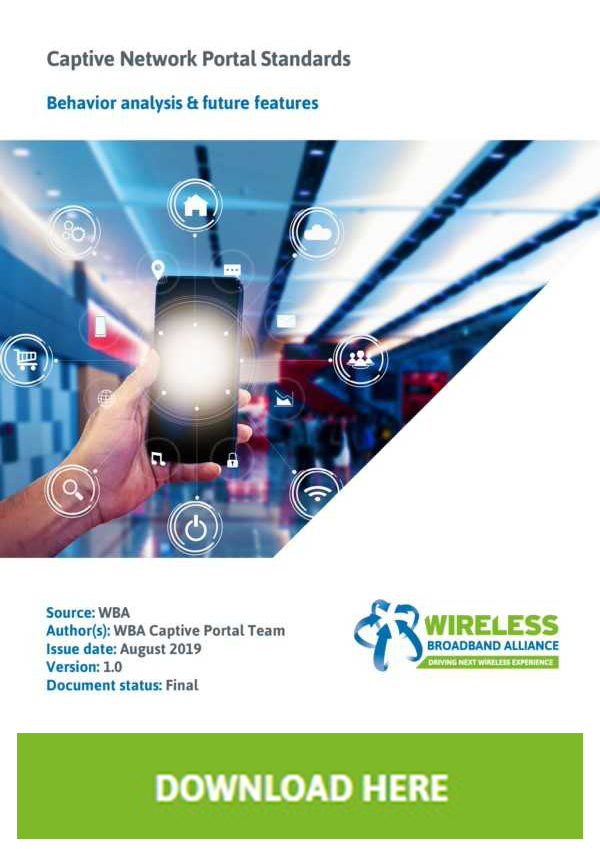 The Captive Portal - Onboarding Evolution WBA workgroup is continuing to focus on improving the user experience of “captivation” and how end-users engage with captive portals in the Passpoint® era. You can learn more about the team behind the Captive Network Portal Standards project and the above whitepaper here.

The connection process for the CPMB usually involves the following steps:

General Behavior (for most devices)

With VPN or some other software that blocks Captive Detector Installed

With “Auto-connect” selector in the Wi-Fi SSID settings switched off.